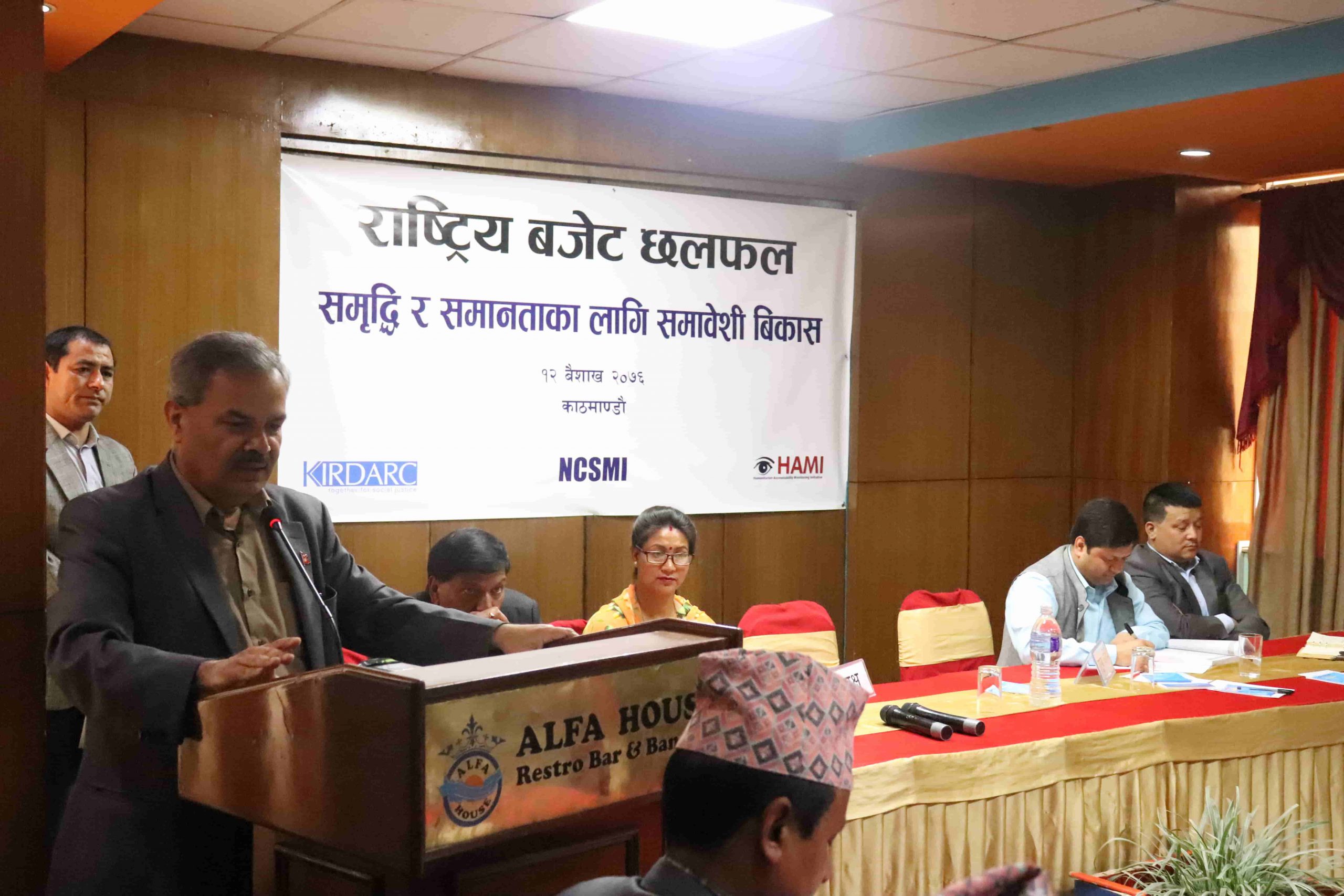 The dialogue was organized aiming to pull the attention of government other stakeholders for ensuring justice and fair budget allocation along with priority in the 15th Plan to Karnali Province. In the program, The Hon’ble Prof. Dr. Puspa Raj Kadel, Vice-Chairman of National Planning Commission (NPC) was the chief guest. Hon’ble Min Bahadur Shahi and the Hon’ble Dr. Ram Kumar Phuyal, members of NPC were guests of the program. Federal parliament members, provincial parliament members, former ministers, local level representatives from Karnali province and representatives from CSOs as well as media attended the dialogue.

In the program, Dr. Dilli Raj Khanal presented a key note on socio-economic status of Karnali Province and need for inclusive development for prosperity and equality though national budget and 15th Plan. He asserted for allocating budget based on the indicator areas by aligning with SDGs so that fair development is possible in Karnali Province. The chief guest, Dr. Pushpa Raj Kadel shared that Karnali Province has to prioritize in both infrastructural and social development areas. He assured that upcoming budget and 15th Plan will address the concerned areas through necessary policy, plan, and budget allocation. Guests Min Bahadur Shahi and Dr. Ram Kumar Phuyal also shared that Karnali province has to be given special priority for ensuring regional disparity in terms of infrastructural and social development. Policy makers expressed commitment to take up the issues raised and prioritise them in the national budget, and periodic plans that the government is coming up with.

Representatives from federal and provincial parliament and former ministers committed for raising voice for fair development in the region by ending regional disparity in overall areas of development. Furthermore, participants of the program shared their views for addressing the challenges that are prevalent in the region. Major areas of concerns raised on the program were constructing north-south corridors that are located in the province; promoting major tourism areas (including Rara, She-Phoksundo, Chhayanath, gateway to Mansarobar); promoting hydro-electricity projects; establishing agro-based industries, investing in health, education; eliminating socio-cultural mal-practices; creating employment opportunities; utilizing other natural resources i.e. herbs were some of the major issues raised during the program.

The dialogue brought together the policy makers, parliamentarians and CSO representatives and provided them with a platform to deliberate on the causes and factors of poor development performance and, as a result of it, growing inequality and its impact on the lives of poor and marginalised communities.