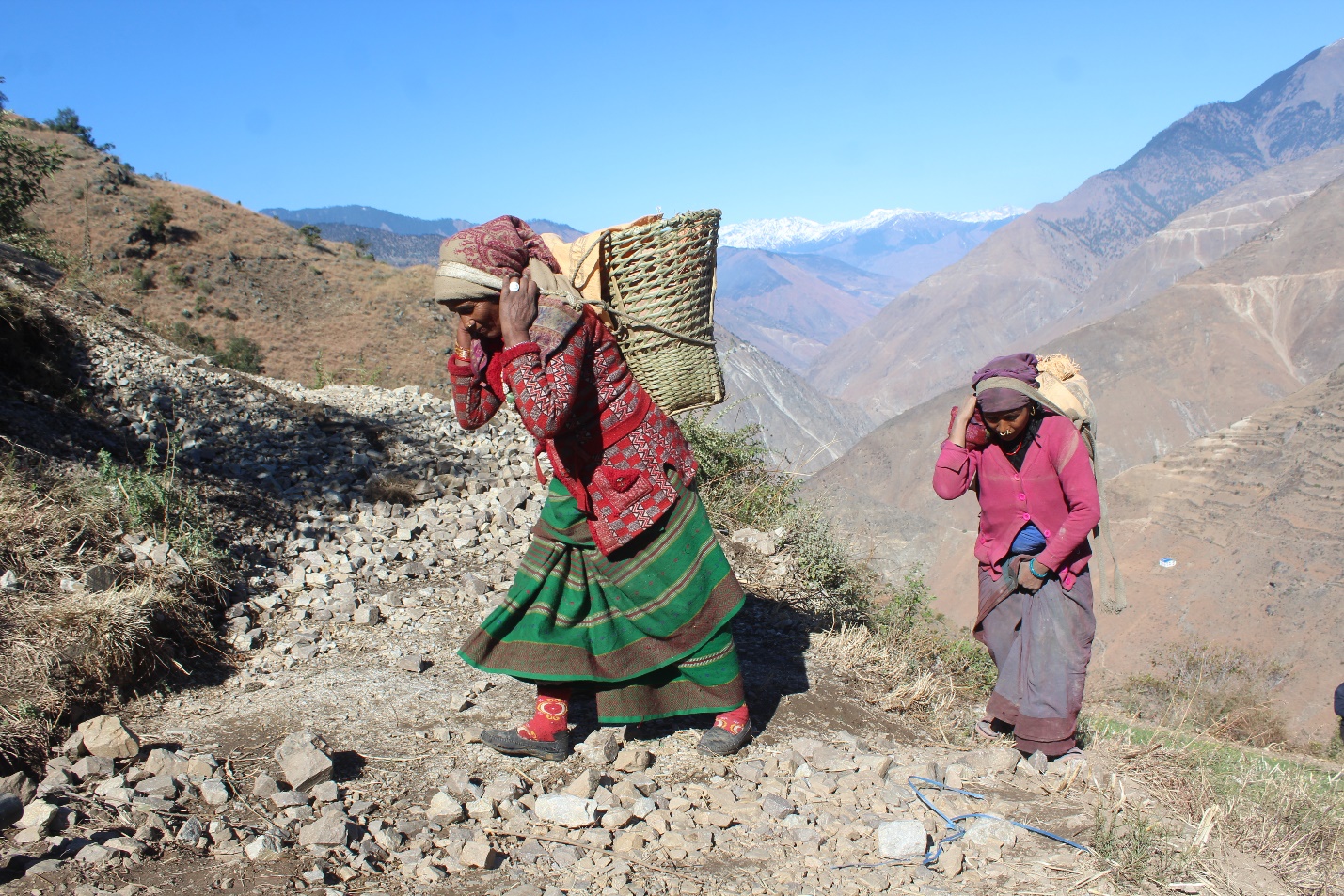 Nepal is among the least developed countries in the world, with about one-quarter of its population living below the poverty line. The rural areas of Nepal have extremely low socio-economic and human development conditions as indicated by Human Development Index (HDI). In relation to access to safe water, improved sanitation facilities and good hygiene practices, the region is far behind in development mainstreaming. Palata Rural Municipality of Province 6 of Nepal is amongst the key deprived rural areas of Nepal where the lives of marginalized and people in vulnerable situation are worst. The constitution of Nepal 2072 in article 35 sub-article 4 clearly protects the right of drinking water and sanitation for all, but WASH status is in very fragile condition in the communities and institutions of the area. Due to poor accountability mechanism in an average only 11% of the water supply schemes are fully functional in Palata RM.

Palanta RM is the most deprived area of Kalikot districts in relation to access to safe water, improved sanitation facilities and good hygiene practices. Baseline survey conducted in ward no 7,8 and 9 of the scheme area of Palata Rural Municipality showed that 27% household do not have latrines; still 16% practice open defecation and 11% use shared latrine. The area is one of the drought area of the Nepal where access to water supply is limited. Due to lack of water, people are compelled to drink unsafe water from open sources which has been directly affecting their health and has been a dragging factor to change their hygiene behavior.

Shirsha Damri is one of the most water scarce region of Palata Rural Municipality which covers portion of ward number 8 and 9. Most of the people in the area have to spend more than 5 hours per day to fetch drinking water. Local government has started to work since 2074 BS to improve access to drinking water in the region but the discussion started many years ago. Difficult geography, hard rocks and more than 5 kilometre of the main pipeline has made the project most difficult to the local government. Several agencies in the past tried to construct the scheme but they failed. The budget targeted for the scheme is comparably higher than the other similar project, so it was difficult for the local government to allocate the required budget. The Rural Municipality didn’t only had difficulties in budget allocation and work progress according to it, it was more difficult for them to complete the water supply scheme without external technical assistance. In this regard, Palata Rural Municipality requested technical assistance to complete the water supply scheme.

The household coverage of the scheme is 60 where 31 household of ward number 9 are getting access through communal water points from the construction of Shisha Dhedu Pipalchautara DWSS in 2018 as household taps were constructed but water supply was yet to be supplied as it required the construction of Hupikhola Shirsha Thirpu DWSS. But still 29 household of the Shrisha were still deprived of water access. A joint planning was conducted and technical assistance along with funding collaboration was agreed. During the initial phase 100% funding was assured from the Rural Municipality where the total project cost was 12,110,675 out of which 23% was the community contribution. But later on realizing the poor economic context of local people, KIRDARC and WAN agreed to support 153,340 budget contribution for household connection on the scheme, which is nominal 1% in budget contribution. But the project supported technically aiming to complete the project along with several capacity building, RTWS awareness program and BCD focussed hygiene intervention.

The community participation for the construction of the scheme has been tremendous despite difficult field reality. The participation has been solely driven by the expectation of access to drinking water after a long scarcity experience of the community people. People used the hard fetched drinking water for the constriction of several structures of the system. People in the area have their individual stories and experience of fetching water. “Many water carrying vessels were drowned by river but we didn’t have choice water from river was our life as we didn’t care about good or bad,” says Jore Rokaya, local resident of Palata-8. The source of drinking water is far from the community, fetching the water is nightmare to the community people. Rudra Rokaya of Palata shares, “People living in Shrisha has to walk 2 hours to reach the water source and it takes 3 hours to return with drinking water. At least one person is allocated who takes responsibility to fetch water daily. The house with many family members allocate 2 people.” The elder people are also aware about the problem and its consequences but didn’t have any alternatives. Atimaili Damai, Male, Palata -9 explains that, “Our children suffered from diarrhea and cholera by drinking water from the stream. We also used to suffer with those along with fever.”

The progress of the scheme is significant despite the hindrances of procurement and difficult geographical conditions. The local budget expenditure is very difficult as government installment provision had to be followed. The procurement process could not be completed after several month of initiation. However the vendors supplied the external materials in the credit where the funding assurance to the vendor was provided by the Rural Municipality. Only 4% fund has been released to the vendor and labor cost are due. Despite the hindrances, 70% of the scheme work has been completed till the end of December 2019. The intake and transmission line has been completed. The completion of the transmission line has brought immense level of happiness in the face of community people as they never expected water from the source to reach in their community. Jore Rokaya aged 81 years expressed that, “I wasn’t hopeful to drink the water from that source in the community. We used to drink water from the rivers. Now I believe we will drink water from the tap very soon”. Hope, Happiness of water access has been prospered into the community despite incomplete water supply system structures. The impossible is being turned into possible due to joint effort of Palata Rural Municipality, KIRDARC and WaterAid Nepal. The Chairperson of the WSUC Mr. Krishna Bahadur Bam told that, “The work in Shirsha is going to be completed within the start of a year, if it was only the effort of Rural Municipality the water would not have reached in the community for the next several years”.

The houses of Shirsha are looking beautiful due to the construction of water taps. Raju Rokaya, Palata-8, Age 56, tells, “We faced many difficulties and spent our lives to fetch water without counting days and night. Many capacity building events were organized but we had to fetch water so we didn’t participate. But now we will participate in events organized for us as we believe water problem is being solved.” The construction is planned to be completed till the end of the February 2020 but people have started to drink water and share their joy and happiness. The completion of the project will benefit 379 community people directly which will certainly improve their living condition.