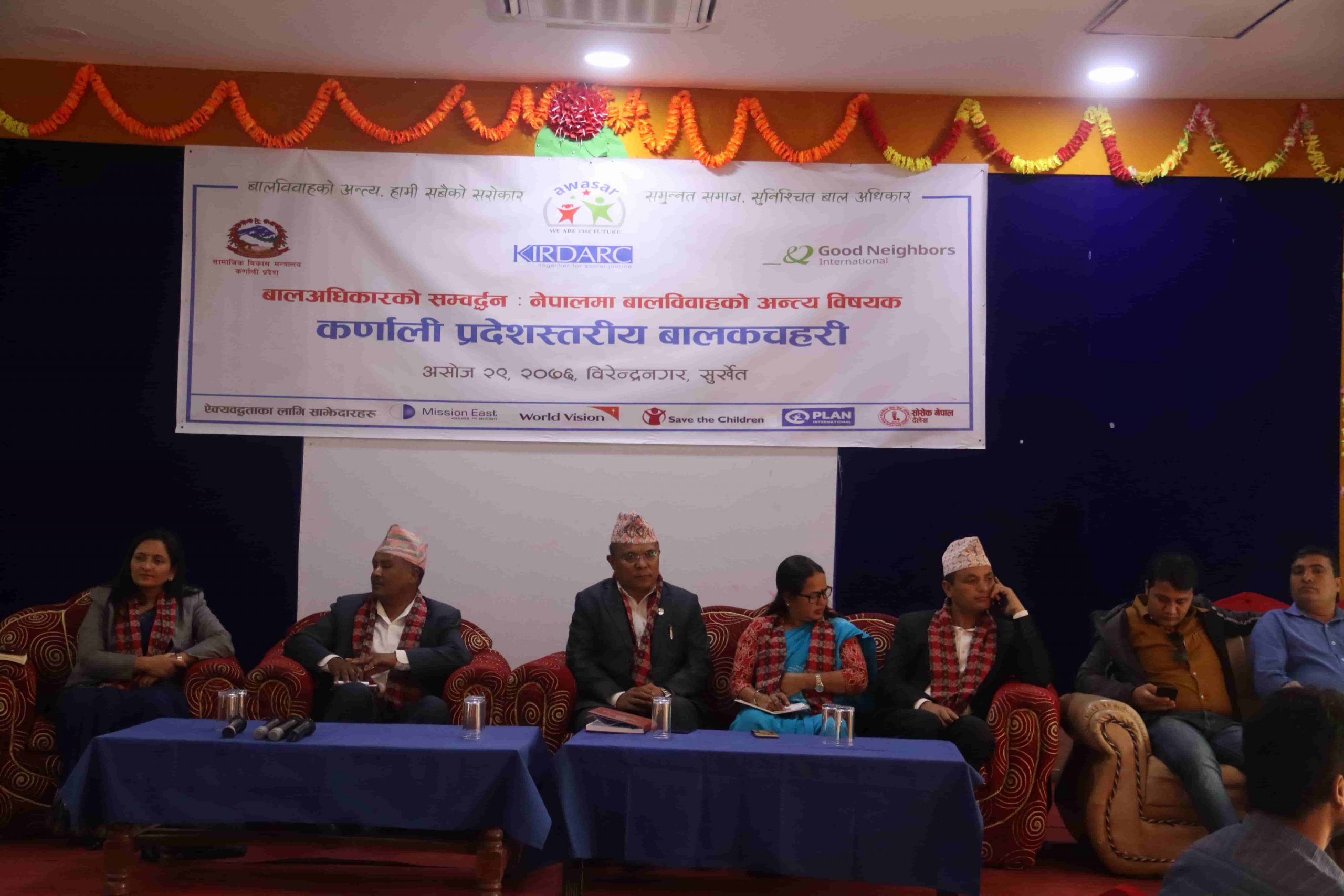 The chief guest of the program was Hon. Padma Khadka, Member of Province Assembly, Karnali Province reminded that campaigns like this contributes to take further actions by the government representatives with regards to ending child marriage and child rights. The special guest was Hon. Dala Bahadur Rawal, Minister, Social Development, Karnali Province asserted that the Karnali province government is committed for effective law enforcement regarding elimination of child marriage and he asked to the CSOs for playing constructive support as they have been in the campaign. Guests Mohan Maya Dhakal, Deputy Mayor Birendranagar, Surkhet; Upjung Shahi, Chairperson, Khatyad Rural Municipality; Rup Nath Timsina, Deputy Superintendent of Police (DSP) Surkhet also shared their views and existing status of child marriage and initiated measures by stakeholders. In the program, welcome words were delivered by Samjhana Malla, Secretary of KIRDARC Nepal. The program was chaired by Rana Lal Kulal, Chairperson of KIRDARC Nepal. He viewed that the event being crucial for collaborative effort through AWASAR campaign to end child marriage with collective initiative in the region and country. In the program, a presentation was made by Bale Biwswakarma, Child Rights Activist for setting the interaction agenda on child marriage status, challenges and measures to tackle the problem in the region.